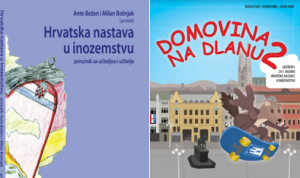 Back in 2015, we identified a need to update our curriculum and textbooks used in the Croatian language instruction. We connected with other Croatian Supplementary Schools in European countries which led to a discovery of new, modern textbooks, written by a group Croatian language instructors, who are also teaching Croatian as a second language. Since then, we have gradually been implementing the new textbooks, which have been well received by the students and teachers. The new textbooks, from “Domovina na dlanu” series, provide a cultural element, which combined with the language focus has been very important to our curriculum, and school in general.

At the end of 2016-17 school year, a group of teachers, led by Ms. Ozana Paraga, met together to begin actively working on the new language, culture, geography and history curriculum. It was decided that the curriculum should be based on Illinois State Board of Education (ISBE) Foreign Language Standards, but should take into consideration a guidebook “Croatian Instruction Abroad” issued by the Croatian Ministry of Science and Education as well as our new textbook series “Domovina na dlanu“. In addition, the plan called for a high level curriculum to be initially composed, followed by structured lesson plans for each grade. The language portion of the high level curriculum has been completed and can be viewed here. Additional modules as well as lesson plans are the next phase in our new curriculum development journey.